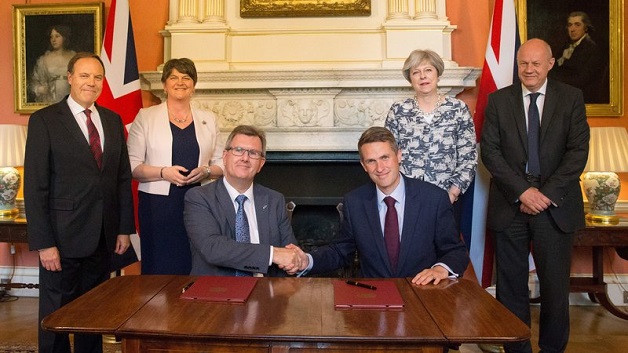 An agreement has been reached which will see the Democratic Unionist Party (DUP) back Theresa May’s minority government in the UK.

The deal, which comes two weeks after the election resulted in a hung Parliament, will see the 10 DUP Members of Parliament (MPs) back the Tories in key Commons votes.

There will be 1 billion British Pounds extra for Northern Ireland over the next two years.

DUP leader Arlene Foster said the “wide-ranging” pact was “good for Northern Ireland and the UK” but one critic said it was a “straight bung”.

According to BBC News, the agreement has prompted calls for matching public investment in Wales and Scotland.

Prime Minister Gonsalves announces an increase in number of students entering the division of...