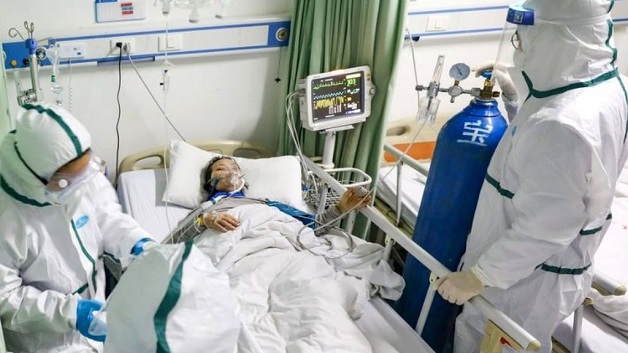 The number of people killed by the new coronavirus rose by 97 on Sunday, the highest number of casualties in a day.

The total number of deaths in China is now 908 – but the number of newly-infected people per day has stabilised.

Meanwhile, 60 more people have tested positive on a cruise ship quarantined in Japan – meaning 130 out of 3,700 passengers have caught the virus.

The Diamond Princess ship is on a two-week quarantine off Yokohama, after a passenger – who earlier disembarked in Hong Kong – tested positive.

The infected passengers are taken off board and treated in nearby hospitals.

The new cases mean around a third of all coronavirus patients outside of China were on the Diamond Princess.

According to Chinese data, 3,281 patients have been cured and discharged from hospital.

On Monday, millions of people returned to work after the Lunar New Year break, which was extended from 31 January to curb the spread of the virus.

But precautionary measures remain in place, including the staggering of working hours, and the selective reopening of workplaces.