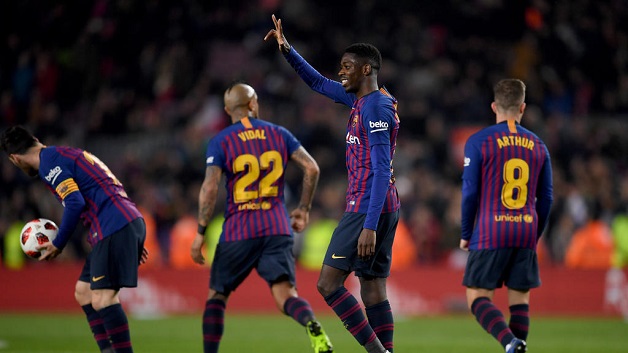 Barcelona earned a spot in the quarter-finals of the Copa Del Rey yesterday but their continued participation in the tournament remains under threat.

Lionel Messi and Ousmane Dembele led Barcelona to a comfortable 3-0 win over Levante at Camp Nou Stadium, helping it advance 4-2 on aggregate.

However, the Catalan club could be disqualified for allegedly using a suspended player in the first leg.

Levante said they will make a formal complaint to the Spanish football federation today, ahead of the draw for the quarter-finals.