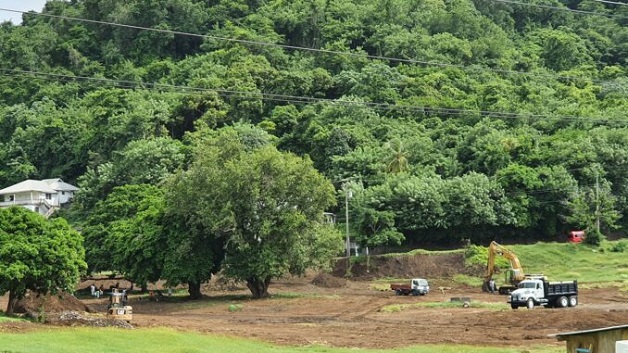 Construction work on the on the Holiday Inn Express and Suites has commenced at the site at the Diamond Estate. This is according to an official release from the Ministry of Finance and Economic Planning.

With the commencement construction, the General Public has been advised of the following:

2. The site is no longer to be used as an access route or short cut for the General Public.

3. Livestock grazing at the site is strictly prohibited and must cease with immediate effect. Failure to do so will result in the animals being impounded or dealt with otherwise.

The release also noted several sections of the Stock Trespass Act and advised owners of livestock to desist from leaving their livestock tied on the construction site, as to avoid action being taking against them in accordance with the laws of St. Vincent and the Grenadines.