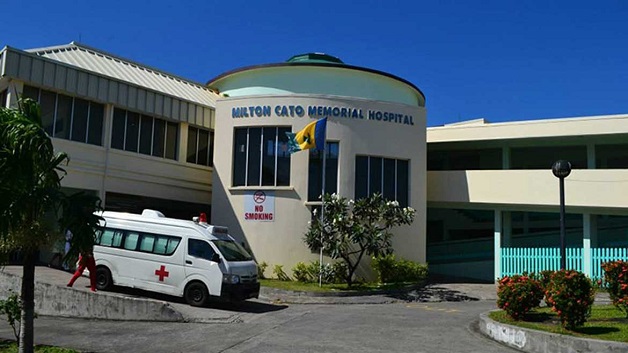 Conditions at the Milton Cato Memorial Hospital have been enhanced since 2001, when the ruling Unity Labour Party (ULP) administration came to office, and the number of employees as well as the salaries earned has improved, says Prime Minister Dr. Ralph Gonsalves.

The Prime Minister today spoke out about the positives being accomplished at this country’s main health care facility as he addressed reporters at a media conference at Cabinet Room.

His comments comes amid a lot of negative remarks made by persons and reported in the media, in wake of a situation in June where two of the three anesthesiologist at the Milton Cato Memorial Hospital were absent from duty after falling ill, thereby resulting in several surgeries having to be postponed.

Among the surgeries delayed was that of local advocate for social justice Mr. Oscar Alleyne who passed away at the Hospital on July 28, 2017.

Some persons purport that the delay in surgery is to be blamed for Mr. Alleyne’s demise, but Prime Minister Gonsalves dismissed this notion as being untrue.

The Prime Minister went on to explain that compared to 2001, there presently is an increase in both the personnel and salary of employees at the Milton Cato Memorial Hospital.

Diagnostic, Treatment and Medical Complex at Georgetown-a major breakthrough for the provision of health...