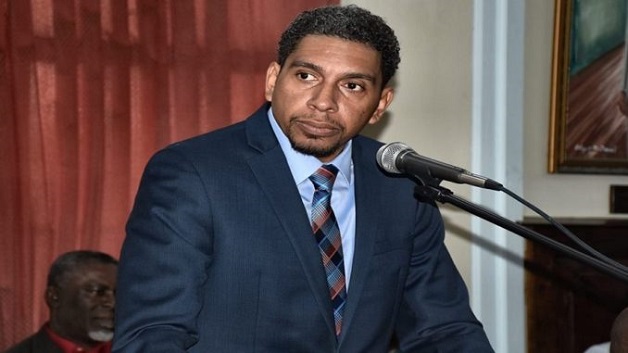 The government and the St. Vincent and the Grenadines Chamber of Industry and Commerce will be collaborating to install closed circuit television (CCTV) cameras in several areas across this country.

Delivering the 2018 Budget on Monday in the House of Assembly, Minister of Finance, Camillo Gonsalves said the government is committed to forging partnerships that advance citizen security here in St. Vincent and the Grenadines.

He said as a result, technical experts are currently reviewing CCTV specification submitted by the Chamber of Industry and Commerce.

He noted that checks are being made regarding the quality of the cameras and their applicability to our circumstances.

Minister Gonsalves said once the specifications are approved, the government has committed to allowing duty free importation of qualifying CCTV cameras to increase their use in the fight against crime.

Additionally, Minister Gonsalves said the government of St. Vincent and the Grenadines in partnership with the government of the Republic of China (Taiwan) has finalized a programme that will establish a number of CCTV stations at bus stops throughout Kingstown and other locations nationwide, which will be centrally viewable from a command station at the Kingstown Police Station.

He said he expects the pilot programme of this initiative to be launched in the fourth quarter of this year, with full roll out in 2019.