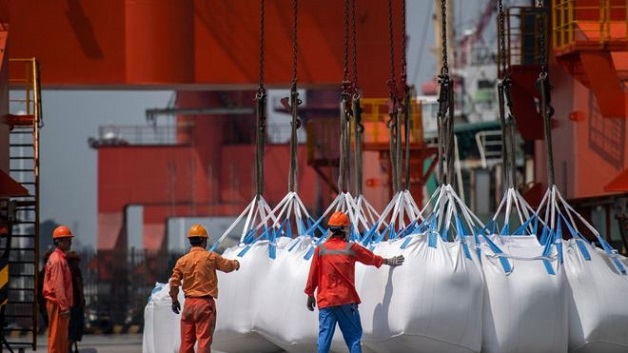 China’s commerce ministry has announced that it will start imposing 25% import duties targeting $16 billion worth of US goods.

The Chinese counter-move will take effect immediately after the US imposes tariffs on the same amount of Chinese goods on August 23.

According to BBC News, the list of US imports affected by the taxes includes coal, oil, chemicals and some medical equipment.

Last month, the US imposed duties of 25% on Chinese imports worth $34 billion.

The US is also considering further tariffs on another $200 billion worth of Chinese goods which could come into effect in September.

For its part, China has threatened to ratchet up the tit-for-tat trade war by slapping tariffs on another $60 billion of American imports.

At the same time, Beijing reported a $28.1 billion trade surplus with the US in July, just below the record $28.9 billion seen in June. But it was 11% higher than in the same month last year.