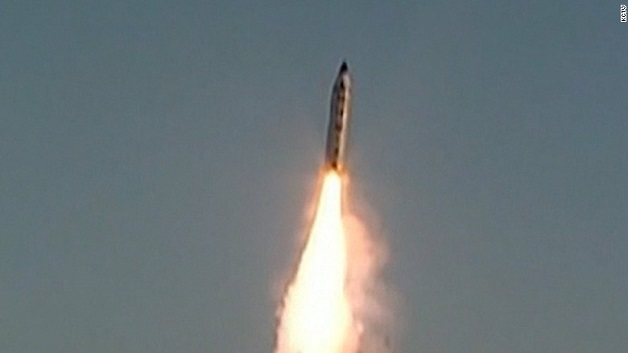 China has voiced opposition to North Korea’s test of a reported new ballistic missile more than 24 hours after reports of the launch emerged.

But the country shrugged off suggestions it should be doing more to intervene in the state’s military affairs, pinning the test down to Pyongyang’s testy relations with Washington and Seoul.

North Korean state media hailed the test on Sunday as a success, claiming a previously unpublicized part of the country’s arsenal — a Pukguksong-2, an intermediate-range missile — was launched under the supervision of North Korean leader Kim Jong Un.

The United Nations Security Council said it plans to hold consultations on an “urgent basis” this afternoon regarding North Korea, according to the US Mission to the UN.

The meeting was requested by the US, South Korea and Japan — whose Prime Minister Shinzo Abe was visiting President Trump in the US when the missile was fired and landed in the Sea of Japan.

SVG commended for collaborative effort in the security of the sub-region.

IMF downgrades 2015 outlook for global growth to 3.3 per cent

St. Vincent and the Grenadines received some 270 cruise calls in 2017