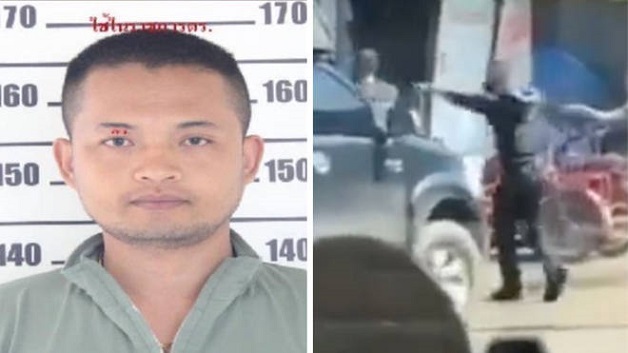 Thirty-eight people have been killed, most of them young children, in an unprecedented gun and knife attack at a preschool centre in north-east Thailand that has horrified the country.

The attacker, a former police officer, opened fire as children were sleeping at the centre in Na Klang district in Nong Bua Lamphu province at about noon on Thursday, police and witnesses said.

Police said most of the children killed at the centre were stabbed to death. As he left the nursery the attacker drove his car towards and shot at bystanders then returned home, where he shot himself, his wife and his child.

Police identified the attacker as Panya Khamrab, a 34-year-old former police lieutenant colonel who had been dismissed from the force last year for methamphetamine possession and had appeared in court earlier on Thursday on a drugs charge.