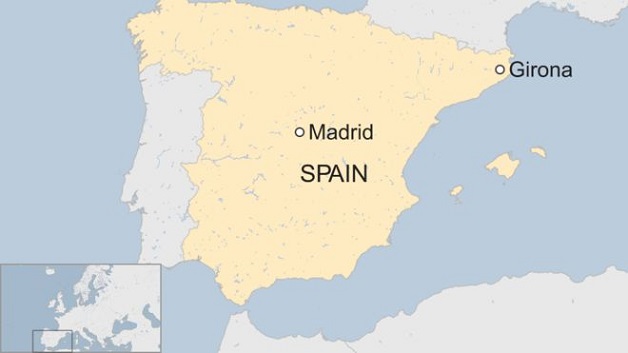 A six-year-old girl was killed and six others were injured after a bouncy castle broke loose outside a restaurant in north-eastern Spain.

The inflatable rose more than 30 feet in the air on Sunday and was thrown some 40meters, reports say, sending the children plummeting to the ground.

According to BBC News, all the children were rushed to hospital and the six-year-old girl died on Sunday night from her injuries. Two of the other children were seriously hurt and the rest suffered minor injuries.

The cause of the accident is being investigated.