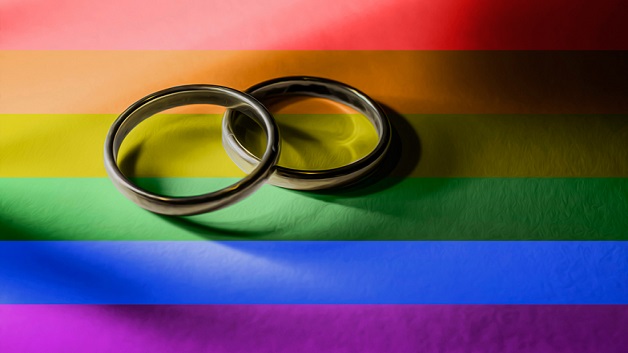 Chief Justice Ian Kawaley ruled today that gay couples can once again marry in Bermuda, after he upheld a constitutional challenge against the Domestic Partnership Act 2018 (DPA).

Delivering his judgment before a packed courtroom, Justice Kawaley, who steps down as Chief Justice later this year, said the sections of the act that revoked the right to same-sex marriage were invalid because they were inconsistent with provisions in Bermuda’s constitution, which give the right to freedom of conscience and creed.

His ruling came five days after the Domestic Partnership Act 2018 came into effect, banning same-sex marriage in Bermuda but giving gay and straight couples the chance to enter into civil unions.

The latest civil proceedings in Supreme Court were brought against Attorney-General Kathy Lynn Simmons by gay Bermudians Rod Ferguson and Maryellen Jackson and the charity OutBermuda.

The plaintiffs claimed the part of the DPA that reaffirmed that a marriage is void unless the parties are male and female was unconstitutional.

The DPA was approved by this British Overseas Territory’s parliament last December, sparking criticism from human rights activists and UK MPs, including Prime Minister Theresa May, who said she was “seriously disappointed”.