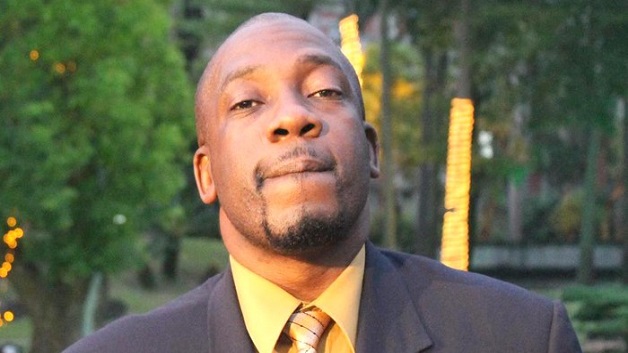 Public relations consultant and journalist Junior Jarvis was this morning charged with two offences at the Serious Offences Court following a series of incidents which took place on Tuesday, February 14.

According to a report by the Searchlight Newspaper, Jarvis was charged with entering the dwelling of Joseph Smith, of Arnos Vale, with an offensive weapon to wit a gun; and also charged with committing an act which is more than merely preparatory with the intent to commit a murder.

He was not required to plea to the indictable offence.

Prosecutor Elgin Richards requested a denial of bail, pointing out that Jarvis is to be charged with a more serious offence. Additionally, the prosecutor noted that if Jarvis was granted bail, he would interfere with the investigation for the possible charge of murder.

On February 14, Jarvis was picked up by police officers for questioning in relation to the shooting death of senior Bank of SVG employee Randy Lawrence; which occurred in the Arnos Vale area on that same morning.

However, counsel for the accused Israel Bruce questioned the timeline for the possible charge of murder, noting that his client may have to wait weeks or even years for the additional charge to be laid against him.

Bruce even suggested taking away Jarvis’ travel documents, and placing stop orders at all ports of exit.

Chief Magistrate Rechanne Browne-Matthias, however, denied the journalist’s bail, and he was remanded to jail because of the seriousness of the charges.

A preliminary inquiry into the matter will begin on February 22, 2017.

Tiger Woods to play at Open Championship in July