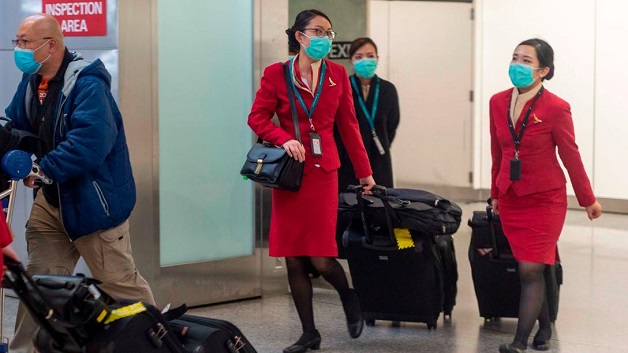 Cathay Pacific is asking its 27,000 employees to take three weeks of unpaid leave in the coming months, the latest in a series of emergency measures forced on the embattled Hong Kong carrier by the coronavirus outbreak in China.

The airline said in a statement today that it was appealing to all workers to take three weeks unpaid leave between March 1 and the end of June, citing a “significant” drop in demand for flights caused by the virus.

The airline stated that “Preserving cash is the key to protecting the business.

The business took similar measures during the global financial crisis and the 2003 outbreak of SARS.

Cathay Pacific, which also owns budget carrier Cathay Dragon, announced Tuesday that it was slashing flights to mainland China by 90 percent and making significant reductions elsewhere in its network over the next two months.

Taken together, the total number of flights will be reduced by 30 percent.