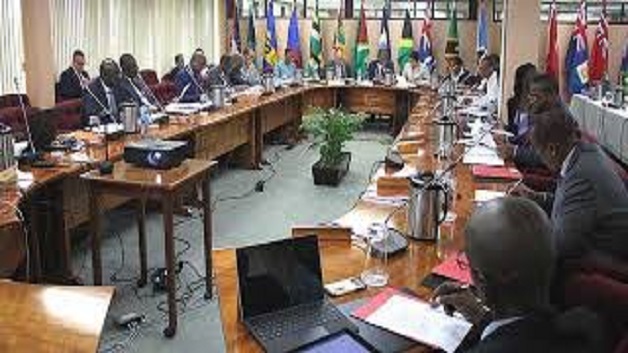 CARICOM foreign ministers have denounced the enslavement of African migrants in Libya saying slavery should never again be experienced in old or new forms.

A statement issued by the Guyana-based CARICOM Secretariat said the ministers met earlier this week for the first time this year and issued the statement expressing concern at the reports of the dehumanizing situation of African migrants in Libya being auctioned into slavery by criminal elements.

It said that the ministers joined in solidarity with the statements made by African and European leaders at the 5th African Union-European Union Summit on November 29-30, 2017 calling for “an immediate end of these criminal practices” and with that of the United Nations Security Council on December 7, 2017 condemning “such actions as heinous abuses of human rights”.

The statement said the ministers also welcomed the statement by the Presidential Council of the Government of National Accord of Libya denouncing “slavery and human trafficking” and committing to take action against the reported crimes.

“Given the history, lessons and effects of slavery, the (Community) Council (of Ministers of CARICOM) underscored the need to condemn this gross violation of human rights.”

“As stated in 2007 by then Chairman of the Caribbean Community (CARICOM), Dr Ralph Gonsalves, on the occasion of the Bicentenary of the Abolition of the Trans-Atlantic Slave Trade, slavery should “never again be experienced in old or new forms,” the statement added.

An estimated 700,000 migrants are in Libya, which is among the key transit pathways towards Europe, according to a UN estimate.

One human trafficker was quoted by a television station recently as saying that many of the enslaved refugees are held for ransom or forced into prostitution and sexual exploitation to pay their captors and smugglers. Others are murdered by smugglers or die in the desert from thirst or car accidents.