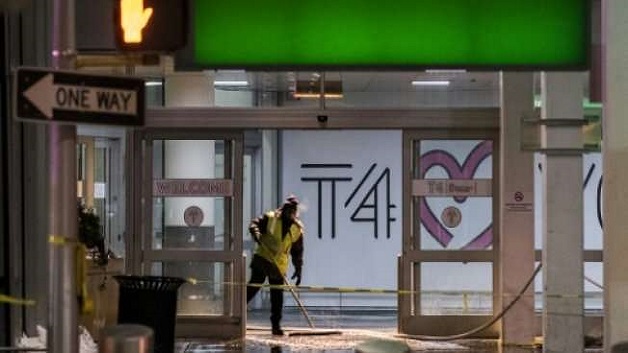 Caribbean nationals are among scores of passengers that are expecting long delays after John F Kennedy (JFK) International Airport in New York tries to “dig out” from last Thursday’s winter storm.

Scores of rescheduled flights, damaged equipment and other lingering effects of the winter storm have combined to create long delays for passengers at JFK and forced US federal officials to limit some flights into the airport on the weekend.

Since the storm, a lingering, bone-chilling cold and a series of missteps have contributed to a logjam that has left thousands of travelers stranded and caused hundreds of flights to be canceled or diverted.

As a result, the disorder at JFK, one of the world’s busiest airports, rippled across the world, affecting passengers as far away as Beijing.

Flights headed to New York were forced to turn back, and connecting flights that were only supposed to bring passengers to New York for a brief stay were grounded indefinitely.

On Sunday, just as there were signs that things were finally improving, a water main break in a terminal plunged the airport back into chaos – flooding sections of Terminal 4.

This compounded the confusion that had gripped parts of JFK all weekend, as airlines tried to rebound from the cancellation of thousands of flights because of the storm.