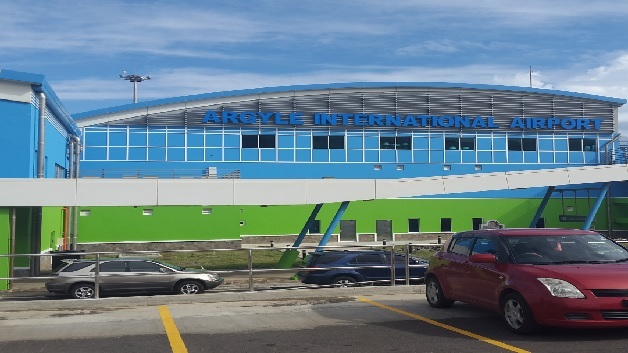 The Eastern Caribbean Civil Aviation Authority (ECCAA) has granted authorization for flights to begin operating at the Argyle International Airport (AIA), when the facility officially opens on February 14, 2017.

Word of this came from Prime Minister Dr. Ralph Gonsalves at a press conference on Monday January 23rd 2016.

Dr. Gonsalves said he was given a letter this morning by Permanent Secretary responsible for Civil Aviation matter, Mr. Godfred Pompey, which came from the Director General of the Eastern Caribbean Civil Aviation Authority indicating that authorization has been granted for commencement of flight operations at AIA from one minute after midnight on February 14.

The Prime Minister said that tomorrow January 24, 2017, there will be a full operational test of the facilities at the Argyle International Airport to determine if there are any problems that need to be rectified prior to the opening of the airport.

He added that on February 4, further tests will be done to assess all the security systems at the international airport.

The Eastern Caribbean Civil Aviation Authority (ECCAA) is a civil aviation authority serving the Organisation of Eastern Caribbean States (OECS). The headquarters are in Saint John’s, Antigua and Barbuda. The agency is responsible for regulating aviation safety and security within the OECS Member States in accordance with international standards.