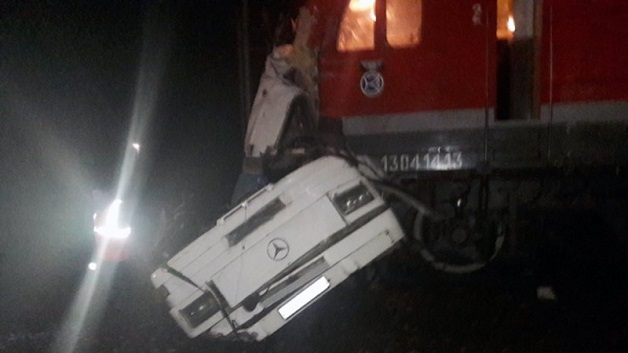 At least 16 people were killed when a train hit a bus on a crossing in the Russian region of Vladimir, 62 miles east of Moscow.

Russian media report that the bus engine may have stalled after the driver ignored a red warning signal.

Authorities said the driver had tried to get the 55 passengers from Uzbekistan to leave the bus.

The Russian Tass news agency reported that some escaped passengers attempted to move the bus before the collision.

It said all of those who died were on board and no train passengers were injured in the incident.

Barack Obama says "change is going to happen" in Cuba, after his historic arrival...