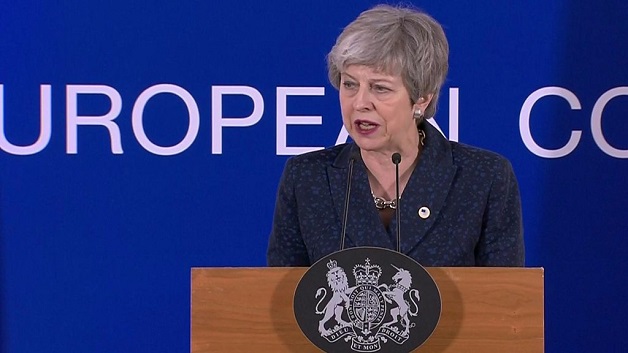 Theresa May has been granted an extra two weeks to come up with a Brexit solution after talks with EU leaders.

The UK’s departure date had originally been set for Friday March 29th.

If Mrs. May can get her withdrawal deal through Parliament next week, that date will be pushed back to the 22 May, to give time to pass the necessary legislation.

If the prime minister can’t get the deal through, the UK will have to propose a way forward by the 12th of April for EU leaders to consider.

Tusk said the UK government will still have a choice between a deal, no deal, a long extension or revoking Article 50

The 12 April is a key date in terms of the UK deciding whether to hold European Parliament elections.

Police admonition to persons for 2018 carnival

PM dismisses claims by President of the Teachers Union of a 40% success in...