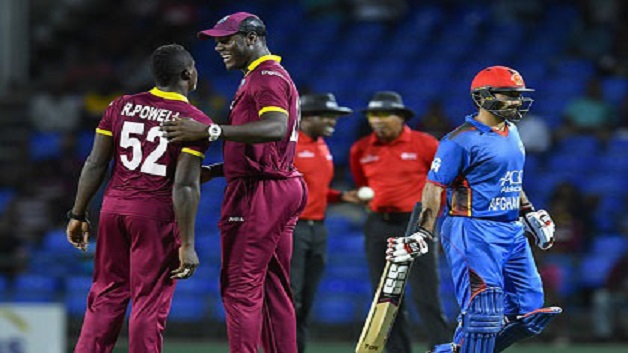 Entering the series as heavy favourites to beat the ICC Associate nation, West Indies imposed their superiority to reduce each of the three games to a no-contest as they pulled off convincing victories in each.

The gulf between the two teams was especially evident in the final game as right-hander Marlon Samuels produced a stroke-filled career-best unbeaten 89 as the Windies easily chased down 147 to win by seven wickets.

Meanwhile, Brathwaite, reserved special praise for his bowlers who he said were superb throughout the series in keeping Afghanistan’s dangerous batsmen under tight rein.