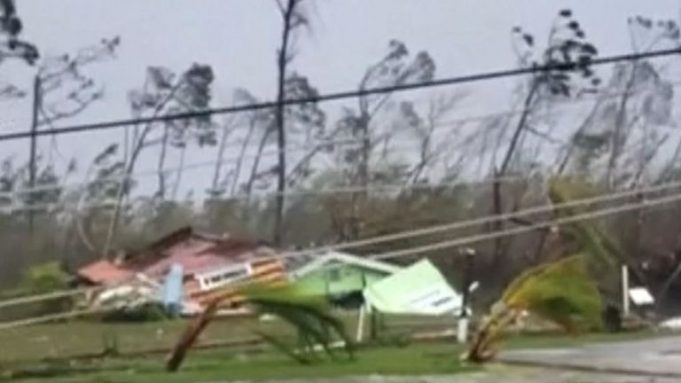 An eight-year-old boy has become the first victim of Hurricane Dorian in the Bahamas, where winds of up to 200 miles per hour are ripping roofs from homes, overturning cars and tearing down power lines.

According to the International Federation of Red Cross and Red Crescent Societies, the storm has caused devastation over the northern Bahamas, with more than 13,000 homes destroyed or damaged.

The Abaco Islands have seen storm surges of 18-23 feet. Prime Minister Hubert Minnis said that in some parts, “you cannot tell the difference as to the beginning of the street versus where the ocean begins”.

Residents in the Caribbean islands are being warned of “catastrophic” flooding from the storm, which is later expected to head towards the US where more than a million people have been ordered to evacuate.