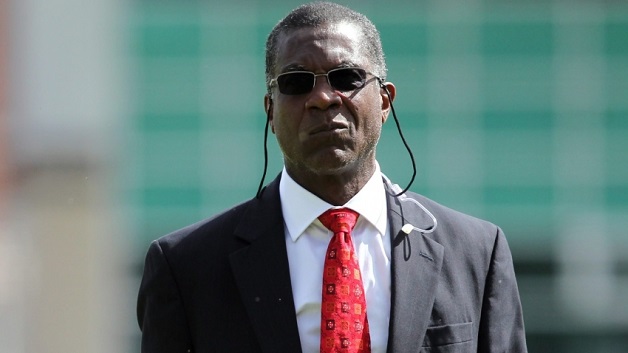 West Indies fast bowling legend Michael Holding added to critical of umpiring decisions during the Windies, Australia match, suggesting the officials allowed themselves to be bullied.

The officials, Chris Gaffaney and Ruchira Palliyagurge, made several questionable decisions during the match, particularly as it related to Windies batting star Chris Gayle.

The 39-year-old was given out twice by Gaffaney, while facing an over from Mitchell Starc. Both calls were later overturned via the decisions review system.

The drama was far from over for the big left-hander, however. In Starc’s next over he was dismissed lbw. Replays showed that on this occasion the batsman was indeed out, but further reviews showed the previous delivery from Starc was a huge no ball. The delivery that eventually dismissed Gayle should have been a free hit.

Palliyaguruge later had two on-field decisions overturned. The first was reviewed by Jason Holder after he was initially sent back to the pavilion lbw, sweeping to Glenn Maxwell, the ball just pitching outside leg. Holder successfully reviewed once more, attempting to sweep Adam Zampa, with ball-tracker showing the ball would have comfortably missed leg stump.

“The umpiring in this game has been atrocious,” Holding said while doing television commentary.

“For one, even when I was playing and you were not as strict as they are now, you were allowed one appeal. You don’t appeal two, three, four times to the umpire.

“They are being intimidated which means they are weak.

“This has been an atrocious bit of umpiring by both.”