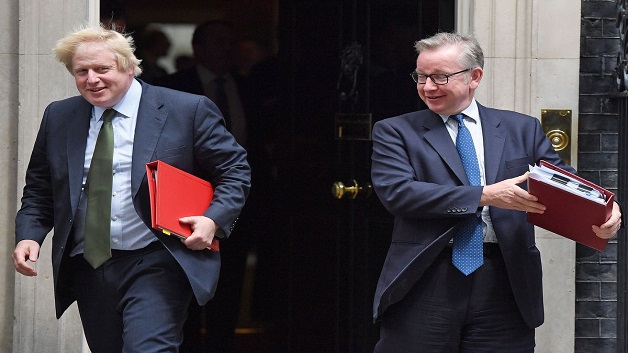 Boris Johnson is leading in the race for the leadership of Britain’s Conservative Party – after three candidates crashed out in the first round of voting to replace outgoing Prime Minister Theresa May.

According to the BBC, the former foreign secretary was the clear favorite among the party’s 313 MPs, storming ahead with 114 votes, 71 ahead of his nearest rival, Jeremy Hunt.

Leadership hopefuls needed at least 17 votes in Thursday’s secret ballot to go through to the second round, with anyone below that threshold automatically eliminated.

Esther McVey, a former television presenter who came under fire on Wednesday for ill-informed comments about foreign aid, scored the lowest in the first round of ballots, securing the support of just nine MPs.

Mark Harper, the former immigration minister who resigned after finding out his cleaner was not legally allowed to work in the UK, followed McVey out of the race, garnering just 10 votes.