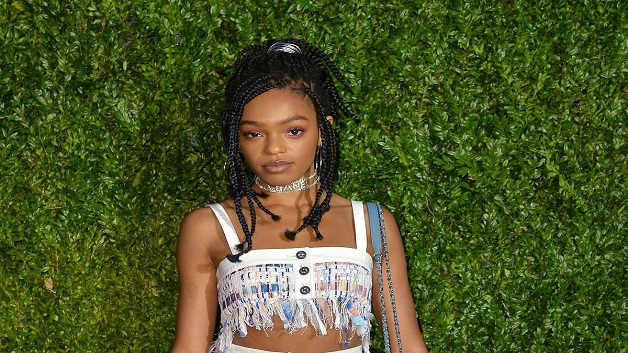 Selah Marley, the granddaughter of the late King of Reggae Bob Marley, has responded to naysayers who have been dragging her for the last two days over her wearing of a Kanye West-designed “White Lives Matter” Shirt at the rapper’s Yeezy Fashion Show in Paris on Monday.

Selah, a fashion model, is the 23-year-old daughter of Lauryn Hill and Rohan Marley.

One Twitter user, on Monday, described the move as “disgusting.”

“Kanye west making Black models wear ‘white lives matter’ shirts is a culmination of his anti-blackness and his immersion in white supremacy ideologies and methods. Disgusting,” they wrote.

Another wrote: “I absolutely expect this from Kanye but Selah Marley has disgraced the name and memory of her grandfather Bob Marley and everything her mother stands for. He was the world’s Black freedom fighter. If you don’t know her mother is the legendary Lauryn Hill.”

Selah, however, hit back on Tuesday via her Instagram account, labeling her critics as narrow-minded and defending her stance by reiterating that her decision was conscious and she is unmoved by the negative slurs being thrown at her.

“The past 24 hours has allowed me to realize that most of yall are are stuck in a hive mind mentality,” she began.