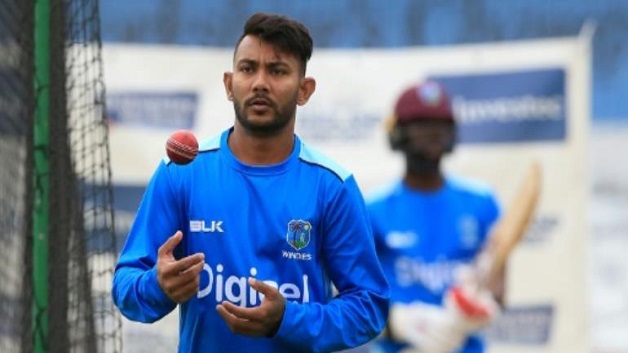 Leg-spinner Devendra Bishoo’s fourth five-wicket haul in Tests handed West Indies a precious 60-run first innings lead, and the Caribbean side then batted themselves into control of the opening Test against Zimbabwe on the second day.

Exploiting the turning pitch at Queens Sports Club, the 31-year-old picked up five for 79 as Zimbabwe, responding to West Indies’ disappointing 219, were restricted to a paltry 159 in their first innings.

Pacers Kemar Roach (2-23) and Jason Holder (2-25) both supported with two wickets apiece to ensure there was no revival by the hosts.

According to the Jamaica Observer, opener Hamilton top-scored with 42 runs, Craig Ervine got 39 and Solomon Mire chipped in with 27 runs, but the hosts lost their way from their lunchtime position of 101 three — their last seven wickets tumbling for a mere 58 runs.

Laura Robson ‘proud’ to be back on court after injuries