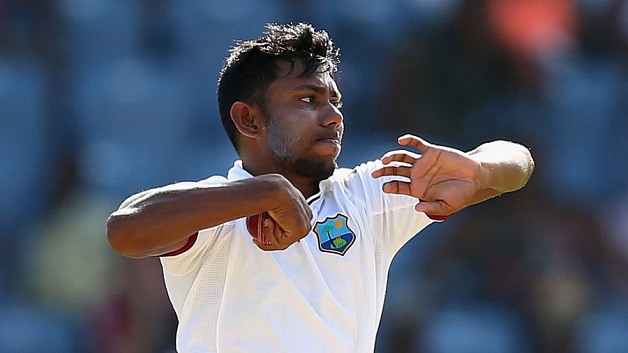 West Indies bowlers, led by leg-spinner Devendra Bishoo, got a flattering boost of confidence in their three-day, tour match against Zimbabwe “A” yesterday.

Bishoo was the most successful bowler with 3-28 from 8.1 overs, but Shannon Gabriel, Miguel Cummins and Raymond Reifer all collected cheap wickets, as the Windies dismissed the home team for 143 to gain a first-innings lead of 193 on the second day of three-day match at the Bulawayo Athletic Club.

The visitors reached 74 for one in their second innings at the close for an overall lead of 217 in their only practice match before the first Test of two against Zimbabwe.

Bishoo claimed the last three wickets in the Zimbabwe “A” first innings, as he tried to restore his captain’s confidence in his bowling ahead of the brief Test series.

National Parks, Rivers and Beaches Authority, to host a special forum next week on...

No plans to devalue the Trinidad and Tobago dollar, says finance minister