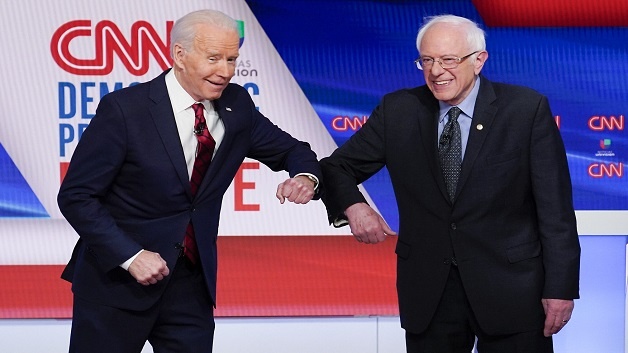 Senator Sanders pulled out of the contest to be the Democratic Party’s nominee last week, leaving Mr. Biden as the only remaining candidate.

In a live split-screen webcast, former vice-president Mr. Biden thanked his former rival for the endorsement.

He described him as “the most dangerous president in the modern history of this country”.

“It’s imperative that all of us work together.”

Mr. Biden, 77, said he was “deeply grateful” for the endorsement and said he needed Mr. Sanders not just for the campaign, but to govern.

“You’ve put the interests of this nation and the need to beat Donald Trump above all else. As you say – ‘Not me, us’,” he said.

India Ease To Win Over Windies In Final ODI