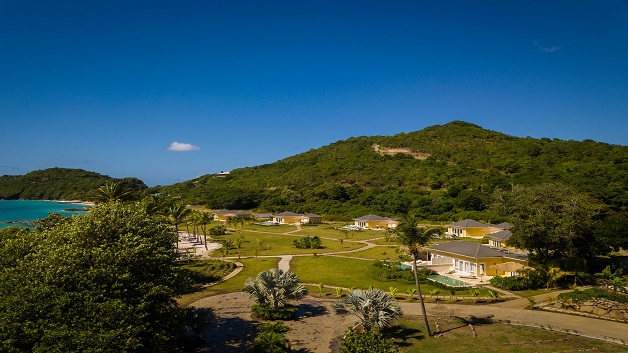 A luxury resort on the island of Bequia has announced ambitious expansion plans as it enjoys its first full season of opening.

The Liming on the island of Bequia in St Vincent and the Grenadines has revealed ambitious growth plans, continuing to boost the island’s economy. When completed, the additional investment into the resort by investors K Group and Scotland-based FM Group will ensure an end value in excess of US$100 Million

Currently comprising eleven hotel villas, a further 24 luxury hotel suites are to be constructed at the 30-acre resort along with leisure and spa facilities. This will create one of the Grenadine’s most exclusive and luxurious hotels.

Construction works will commence in May 2020 to build the hotel rooms, bringing the number up to almost 50. In addition, a championship tennis court was completed in October 2019.

A further 30 luxury villas are to be built at the resort within the beachfront estate, which offers unique luxury living in the Caribbean.

In addition to hundreds of jobs that will be created through this proposed expansion, both via construction and in the hotel, a training initiative was launched by FM Group earlier this year, with St Vincent and Grenadines and Scotland sharing in the benefits of the investment being made by these companies.

“We are delighted to be playing a major part in increasing the influx of visitors coming to Bequia. Through these ambitious growth plans, this will be greatly enhanced as we look to create one of the Grenadine’s most unique and exclusive hotels.

We have been investing in the region for many years and with the new international airport now open it is a great time to look at expanding.

Milne said the project  is a long-term project which involves significant investment, demonstrating confidence in the government and people of St Vincent and the Grenadines.

Tropical Storm Watch in effect for St. Vincent and the Grenadines