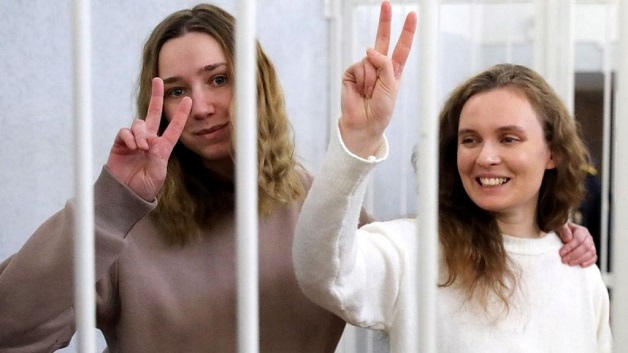 A Belarus court has jailed two TV journalists for two years on charges of fomenting protests, for filming a rally against the country’s leader.

The two journalists were arrested in a Minsk apartment block in November while live-streaming an unauthorized protest.

They are with Poland-based Belsat TV.

Belsat TV rejected the accusation that by broadcasting footage of the demonstration the two journalists had disrupted bus services in the Belarusian capital.

Three men, known as the Three Musketeers, jailed for life in UK after found...