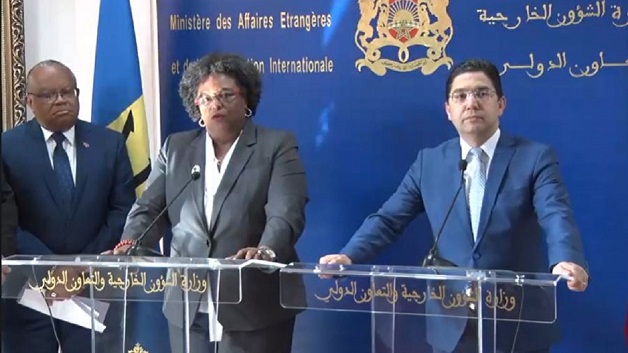 Barbados has urged Morocco to use the island as a gateway to Latin America and the Caribbean as Bridgetown sought to deepen its relationship.

Prime Minister Mia Mottley said both countries have the opportunity to work with each other but more importantly they have a similar approach to global affairs, being rooted in the same values and they believe they have a common mission and purpose with respect to how they want to develop our people.

Mottley, who is leading a delegation that includes Foreign Minister Dr Jerome Walcott and private sector officials, says Bridgetown was seeking to further deepen its relationship with the North African country.

She said both countries have a “similar approach to global affairs and praised the Moroccan government for its stance on climate change and global warming, as well as its commitment to religious and social tolerance.

Negotiations on purchasing LIAT shares to begin next week

Ban on use of disposable plastic bags suspended