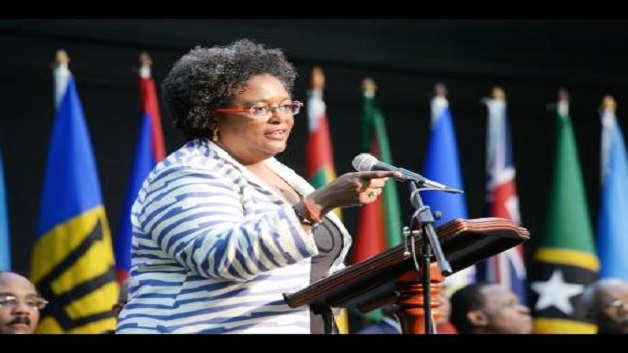 Barbados Prime Minister Mia Mottley has lashed out at the legal and administrative impediments that have held back the full implementation of the CARICOM Single Market and Economy (CSME), years after it was launched.

Mottley, who is lead head of the CSME, blamed the lack-lustre approach to the full implementation on closed mind sets of officials in some quarters guarding their old territories, fearful of, and resistant to, change.

Launched in 2006, the CSME is intended to benefit the people of the region by providing more and better opportunities to produce and sell its goods and services and to attract investment.

Addressing the opening ceremony of the 39th Meeting of the Conference of Heads of Government of CARICOM last night at the Montego Bay Convention Centre, in Jamaica, Mottley charged that the region’s leaders had failed, particularly the youths, by not delivering on the lofty promises made behind closed doors.

According to the Jamaica Gleaner, she described the end result as “malicious compliance”, arguing that the Federation and subsequent attempts at Caribbean nationhood failed in part, precisely because they followed a top-down approach instead of a people-driven one.