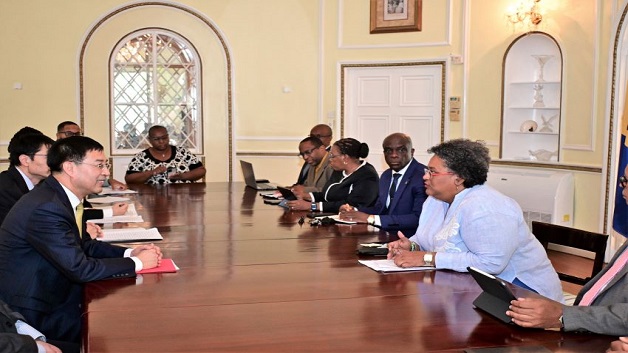 The Republic of China is still very committed to working with the Government of Barbados on redeveloping the National Stadium.

This was emphasised during a meeting at Ilaro Court last Wednesday, where Prime Minister Mia Amor Mottley along with officials from the National Sports Council and other government entities discussed ways to deliver the project in the shortest time frame with Chinese Ambassador Yan Xiusheng, and his delegation.

Barbadian Prime Minister Mottley, stressing the need for a stadium by the next track season and before the 2024 Olympics in Paris, highlighted the country’s recent success on the world athletic stage.

She proposed that the construction be carried out in phases and suggested that in phase one, the athletic’s track, football field and three stands should be completed by January 2024 with the remaining work on the other stands in phase two, to be completed between April 2024 and January 2025.