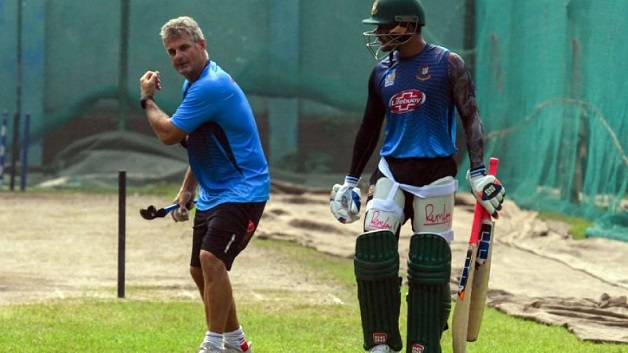 Bangladesh coach Steve Rhodes has defended the pitch used for the first Test against West Indies where his side won in three days, insisting foreign teams must expect hostile spin tracks in South Asia.

Bangladesh spinners took all 20 West Indies wickets to fall in the Chittagong game that ended Sunday with a 64 run victory for the home side.

Rhodes strongly indicated that the Caribbean side should have foreseen a tough pitch after they used a pace-friendly track in Antigua when Bangladesh was bowled out for 43, their record low total.

West Indies played unbeaten on the preliminary round but were eliminated at the semi-final stage when they suffered a heavy 71-run defeat to eventual champions Australia.

The tournament which is the first ICC stand-alone women’s T20 event was marked by large attendances, especially for the Windies games. The hosts’ final preliminary match against England in Gros Islet, St. Lucia attracted in excess of 10 000 while their semi-final was a sell-out.

Mandatory quarantine measures in effect for Travellers from Canada