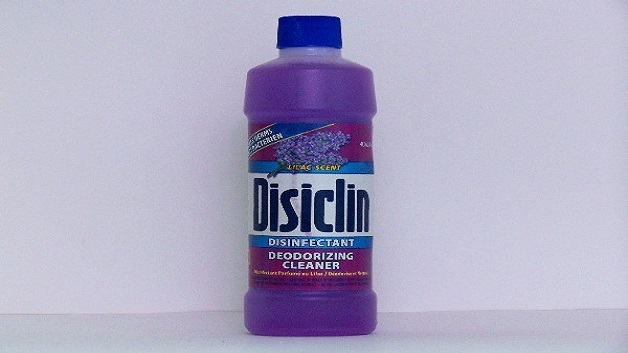 A medical professional in Barbados is warning a group of men seen in a video on social media drinking what they claimed to be a mixture of the disinfectant, Disiclin, and white rum, are playing with their lives, if the video is not a prank.

The minute-long video, which appeared on a popular Instagram page last week, showed the men liming and drinking, with the person doing the recording stating: “This is what gine on here, the men drinking Erskine Sandiford [white rum] and friends.”

One of the men reportedly said before drinking the substance: “We ain’t working with no Fabuloso [a disinfectant], we got Disiclin . . . . Disiclin and we going global. You got turbo, well Disiclin is what drinking now. If I die I love my children, I love my mother and I love my father.”

The video has prompted a word of caution from Dr. Colin Alert, who told Barbados TODAY that if true, such a cocktail could be deadly.

“The toxic nature of Disiclin which is a disinfecting chemical – clearly marked on each bottle – added to alcohol, a drug that has many known psychoactive and physical effects, creates a cocktail that at worst, is lethal, and can cause permanent physical and psychological effects on those who survive,” Dr. Alert said.

Stating he had not heard of that combination before, the doctor presumed “the individuals use it to get a faster, higher, or more prolonged sense of euphoria”, adding that the men were engaging in a dangerous practice and were treading on very thin ice.

Deadline looms as ministers push for changes to Brexit deal