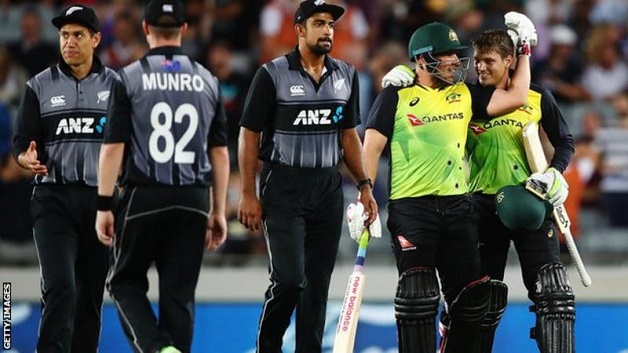 Aaron Finch sealed the remarkable feat with a six after D’Arcy Short had top scored with 76 in reply to the Kiwis’ 243-6, a score dominated by Martin Guptill’s 49-ball century.