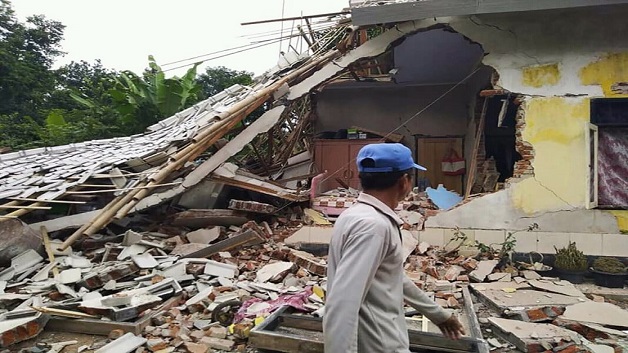 At least two people were killed and dozens injured Sunday after an earthquake on the Indonesian tourist island of Lombok triggered a landslide, officials said.

According to a BBC report, the 5.5-magnitude quake is thought to have caused the landslide at the Tiu Kelep waterfall in the north of the island.

At least 44 people were injured in the earthquake, including eight Malaysians, while more than 30 houses were destroyed and about 500 others slightly damaged according to the agency.

Indonesia is one of the most disaster-prone nations on Earth due to its position straddling the so-called Pacific Ring of Fire, where tectonic plates collide.

Lombok was rocked by several earthquakes last summer, killing more than 500 people and leaving over 150,000 homeless.

Last September, the country was hit by an earthquake and tsunami in Palu on Sulawesi island, which killed around 2,200 people.

Cumberland Bridge in Spring Village to be opened