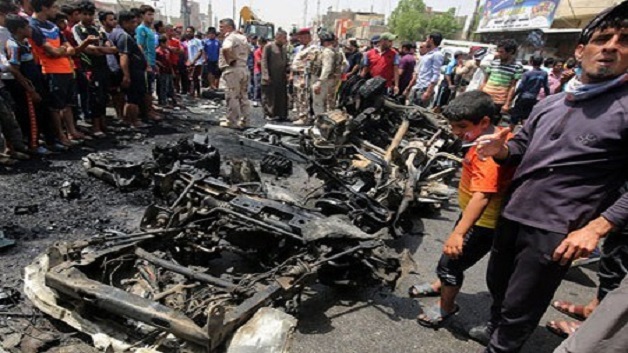 At least 50 people have been killed in two attacks in southern Iraq, health officials say.

In the first attack, a suicide bomber detonated his vest and gunmen opened fire inside a roadside restaurant, security sources said.

Soon afterwards, a car bomb exploded at a nearby checkpoint. One report said four Iranians were among those killed.

The Islamic State (IS) group has said it carried out the attacks.

According to news agency AFP, one report said the attackers were disguised as members of a mainly Shia group that has fought alongside Iraqi forces against IS.