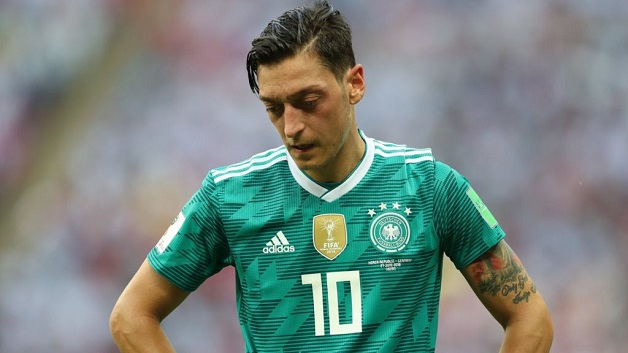 Arsenal midfielder Mesut Ozil has quit international football, citing the “racism and disrespect” he has faced in Germany over his Turkish roots.

The 29-year-old was criticised after being photographed with Turkish president Recep Tayyip Erdogan at a London event in May.

According to BBC Sports, he says he received hate mail and threats and was being blamed for Germany’s disappointing World Cup.

With the Guyana National Stadium pitch in stark contrast to the surfaces they have exploited throughout the last six weeks in Tests against Sri Lanka and this opponent, the Windies bowlers gained slow bounce and little movement, to the delight of the Bangladeshi batsmen.

Opener Tamim Iqbal collected his tenth One-day International hundred, an unbeaten 130, to anchor his side to 279 for four in 50 overs after they chose to bat.