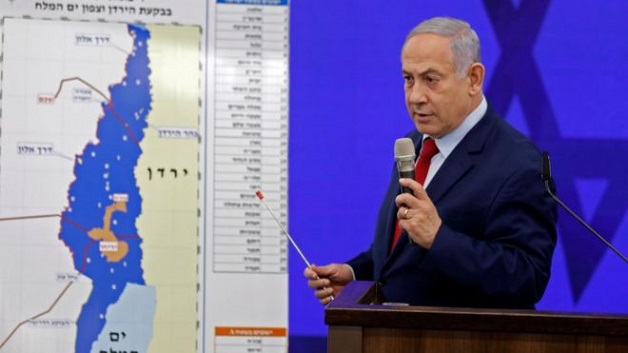 Arab nations have condemned a plan by Israeli PM Benjamin Netanyahu to annex a third of the occupied West Bank.

According to Aljazeera News, on Tuesday Mr. Netanyahu pledged to apply Israeli sovereignty over the Jordan Valley and northern Dead Sea if he is returned to office following a general election next week.

Officials in Jordan and Saudi Arabia sharply criticised the announcement.

The Palestinians said the move would be illegal, while the UN said it would destroy the chance of new peace talks.

Israel has occupied the West Bank since 1967 but has stopped short of annexation.

A UN spokesman said the proposed annexation would have “no international legal effect”.