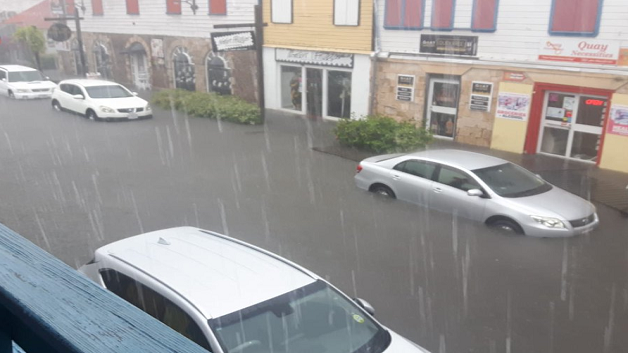 The Antigua and Barbuda government says the island will have to “paddle its own canoe” regarding the estimated EC$160 million needed to finance the redevelopment of infrastructure damaged by heavy rains over the past few days.

The country’s Prime Minister Gaston Browne said his administration is already seeking to raise at least 10 per cent of the funds needed and appealed to motorists and other road users to bear with his administration.

“People will have to endure with the bad roads for the time being. This is part of the pain one has to endure after a crisis or disaster,” he said.

Browne, who is also the finance minister, said that it is difficult to receive grant funding as well as loans at low concessionary rates.

The Government of SVG to sign agreement with Marriott Hotel International Industry this week.

Students in SVG and other Caribbean countries to benefit from Flow, One-on-One Education Partnership