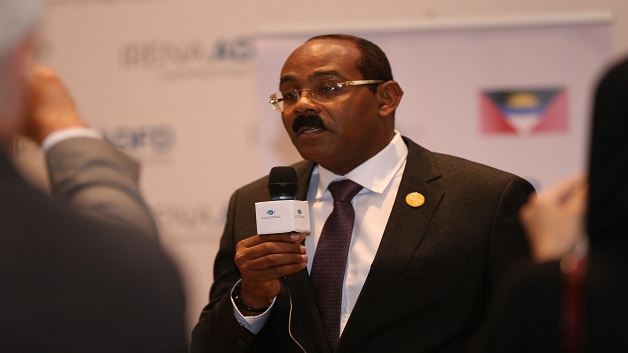 The Antigua and Barbuda government says it intends to fully repay by Tuesday, the US$117.8 million loan given to the island by the International Monetary Fund (IMF) nearly eight years ago.

In 2010, the Washington-based financial institution approved the multi-million dollar loan to the Antigua and Barbuda to support the government’s plan to recover from mounting government debt, weak economic growth, and the effects of the economic crisis.

Last September the country was refused a moratorium on the debt despite the natural disaster that destroyed over 90 per cent of Barbuda and incurred over US$150 million in reconstruction and recovery costs.

Prime Minister Gaston Browne said then that St. John’s had only US$13 million outstanding and two weeks ago, the government made a payment of eight million US dollars to the IMF.

“I gave instructions . . . to the Ministry of Finance to liquidate the IMF loan on Tuesday. We are paying it off in full,” he said.

Browne said that he is not aware of any country in this hemisphere “in recent times that would have borrowed as much as 10 per cent of its gross domestic product (GDP) got bail out” as he criticised the then Baldwin Spencer administration for entering into the IMF agreement.

Browne is leading his Antigua and Barbuda Labour Party (ABLP) into today’s general election which he called more than a year ahead of the constitutional deadline.

The party’s main challenge will come from the main opposition United Progressive Party (UPP) that governed the island up until 2014.
In the last general election, the ABLP won 13 of the 17 seats with the remainder going to the UPP.

The Buccament Bay Poly-Clinic to be officially opened today