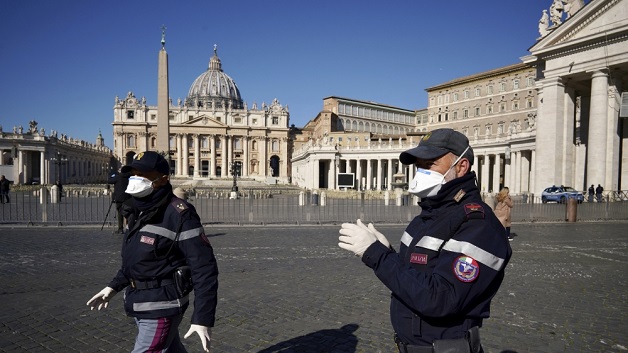 Travel to the US from most of Europe will be suspended for 30 days beginning on Friday, President Donald Trump announced, citing a need to combat the spread of the coronavirus.

Trump’s move on Wednesday came amid rising global panic after the World Health Organization (WHO) warned that the spread and severity of the illness, now considered a pandemic, was due to “alarming” levels of inaction

The ban applies to the 26-country Schengen Area. Among the countries excluded from the ban as they are not in that zone are infection-hit countries such as the United Kingdom, Ireland, Romania, Bulgaria, Croatia and Cyprus.

A White House statement said the restriction applies to foreign nationals who have been in the Schengen Area, 26 countries in Europe with open borders agreements, in the last 14 days.

The response to Trump’s move in Europe ranged from anger to confusion.

Ursula von der Leyen and Charles Michel, the respective presidents of the European Commission and European Council, said in a joint statement, The European Union disapproves of the fact that the US decision to improve a travel ban was taken unilaterally and without consultation.

Flight to Jamaica diverted after man claimed to have coronavirus