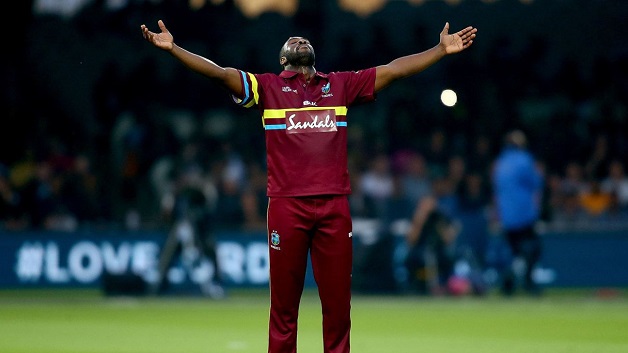 Explosive all-rounder Andre Russell is poised to play his first One-Day International (ODI) in three years after being named in a 13-man squad for the three-match series against Bangladesh starting next Sunday in Guyana, but no place has been found for veteran right-hander Marlon Samuels.

The 30-year-old Russell has not played since the tour of Sri Lanka back in 2015, with his availability having been further compounded by a year-long ban for an anti-doping whereabouts violation, which ruled him out of all competitive cricket last year.

He returned at the start of the year and scored a hundred in the domestic Super50 Championship but declined an invitation to participate in the World Cup Qualifiers in Zimbabwe in March.

A big-hitting lower order batsman, brilliant out-fielder and sharp seamer, Russell’s return has been highly anticipated and West Indies head coach Stuart Law said he was pleased to have the Jamaican back in the fold.

Chief selector Courtney Browne said with the Windies scheduled to play 16 ODIs before the ICC World Cup in England next May, his panel would use the opportunity to continue their evaluation of players.

Kamla hints at not challenging Trinidad and Tobago’s election results