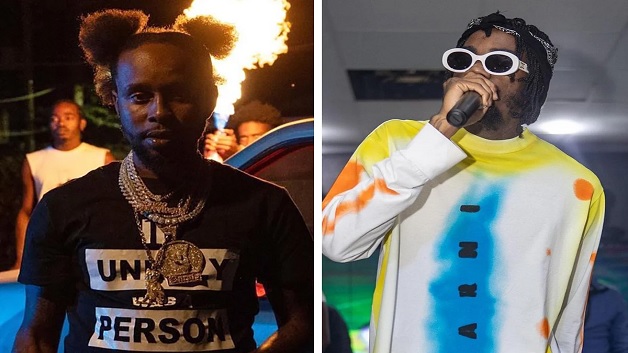 “Those two, up to this day, when Sting call on dem, dem neva do Sting back again. They said they not doing it an’ Sting needed stars…you needed headline[r]s,” Heavy D told The FIX podcast, noting that he had been tight-lipped about the matter for several years.

To put things into context, the promoter explained that when Dancehall giants Vybz Kartel and Mavado declined to grace the stage again, their only hope was the Unruly Boss and Champion Boy. However, their refusal to perform at the usually packed show turned out to be a disappointment.

“The year Kartel and Mavado said dem wasn’t doing it, I have every star in Jamaica and nobody didn’t come. Suh, when we realise seh Popcaan and Alkaline was the two leaders an’ dem not doing the show, it neva mek sense to go forward because wi know what gonna happen with people keep on saying they want those two,” Heavy D explained.

“Up to dis day dem two man deh neva do a show together nowhere. Dem don’t tek no booking together fi one reason or the other and it almost kill the business of show business…Dancehall show business in Jamaica. But dem doe know dat.”

Heavy D continued by criticizing the two men for being selfish and turning their backs on their homeland where they first got their big breaks, albeit both men have held their respective concerts on the island.