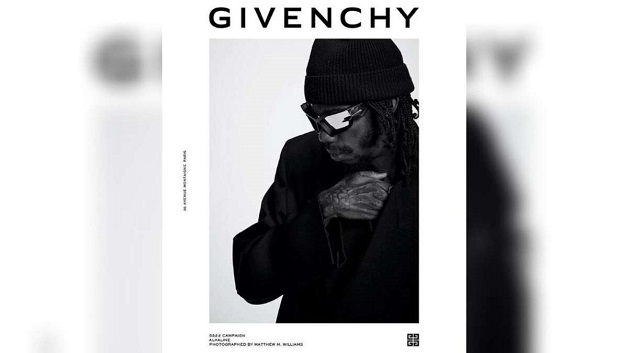 Dancehall star Alkaline has officially been announced as the face of Givenchy’s first dedicated menswear collection in a global campaign.

This will see Alkaline becoming the first Dancehall artist to undertake such a campaign and the first for the fashion house.

Last week, photos of Alkaline from the French fashion house’s SS22 and SS23 campaigns surfaced online, showcasing a different side of the Suave deejay.

“There’s a deep connection between Givenchy and the actors, musicians, and athletes who wear its clothes, and I immediately felt that kind of connection with Alkaline: when something’s right, you can just feel it. He inspires me both as an artist and as a human being, so for this campaign, I wanted to keep the focus on who he is and the very natural, authentic way he wears clothing — which is exactly my intention as a designer,” stated Givenchy Creative Director Matthew M. Williams.

Several of Alkaline’s singles were used to soundtrack the haute Paris runway showcase for the Spring/Summer 2022 collection last year.