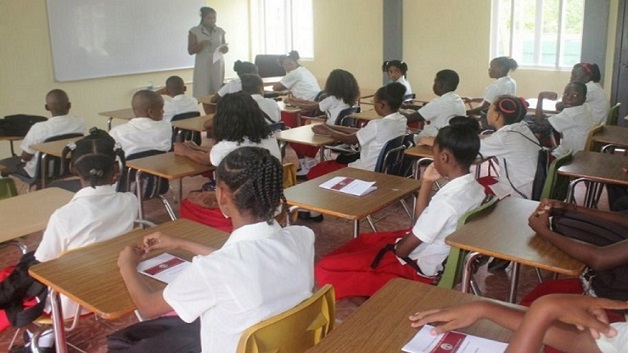 A ground-breaking study has found that up to 33 per cent of the children in secondary schools across the Eastern Caribbean are at risk of either dropping out or failing.

The 2017 study, ‘Global Initiative on Out of School Children: Eastern Caribbean’, was supported by the UN Children’s Fund (UNICEF).

It analysed information on enrolment by age, grade, repeaters, dropouts and graduates from early childhood (4 years) and primary and secondary levels using data collected from administrative data units in ministries of education in Antigua and Barbuda, Dominica, Grenada, St. Kitts and Nevis, St. Lucia, St. Vincent and the Grenadines and the Turks and Caicos Islands for the periods 2012-2013 and 2013-2014.

The researchers found that 0.5 per cent of children of pre-school age (4+ years) were out of school completely, while this stood at 1.4 per cent (840) for primary school children and 3.3 per cent (over 1,000) for those of secondary school age.

The resultant effect was students starting to drop out of school as early as first form due to their inability to cope.

The study also concluded that boys were twice as impacted as girls, with repetition and dropout rates for boys standing at 8 per cent and 6 per cent respectively.

NEMO urges Vincentians to be prepared for Danny