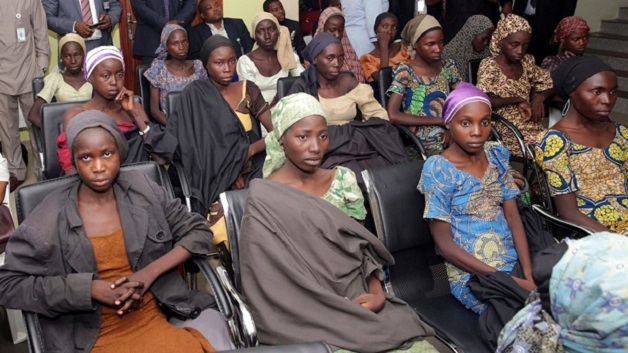 The 82 Chibok schoolgirls released in a swap between terrorist group Boko Haram and the Nigerian government have arrived in the capital city of Abuja, the government said on Sunday.

The released girls were received at the airport on behalf of President Muhammadu Buhari by his chief of staff.

They generally appeared to be in good physical condition. One has a broken arm and another has a leg injury, Nigeria’s information minister, told CNN News.

More than 100 girls remain in Boko Haram custody and negotiations with the terror group continue, the government said.

The girls, ages 16 to 18, are believed to be among 276 forced from their beds by Boko Haram militants in the middle of the night in April 2014.