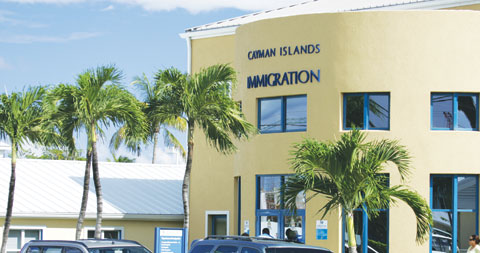 A 30-year-old female employee of Cayman Airways has been arrested in connection with the alleged smuggling of Cubans into the United States.

The woman was held on suspicion of human smuggling four days after two of her co-workers, aged 29 and 33, was taken into police custody on similar grounds, said a statement issued by the Royal Cayman Islands Police Service (RCIPS).

The police had previously disclosed that the under the alleged trafficking scheme, foreign nationals who were legitimately in the Cayman Islands were given false identifies to get into the US.

It is alleged that the three women were being paid to facilitate Cubans’ entry to the US where, under the administration’s wet-foot, dry-foot policy, they would be given preferential treatment and automatically get citizenship after a year.

Cayman Airways said had initiated the investigation, identifying and reporting to the authorities “certain passenger movements which appeared to have been contrary to Immigration regulations”.

The airline employees have been suspended pending investigations.

New Democratic Party Call for Mr. Sehon Marshall to be relieved of his Diplomatic...