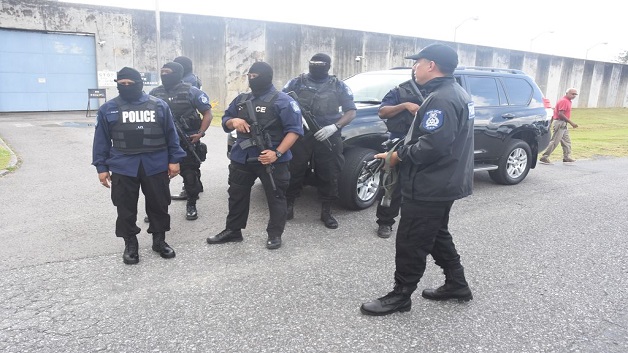 Trinidad and Tobago’s National Security Minister Stuart Young said 25 prison officers called in sick yesterday, but this did not affect the operations of the prisons, as contingency plans were put in place.

Speaking at the post-Cabinet news conference, Young said Prime Minister Dr. Keith Rowley had requested that a National Security Council meeting be held yesterday, with a focus on the prisons.

The murder of prison officer, Darren Francis, prompted an angry and emotional reaction from the Prison Officers Association which threatened that its members would stay off the job.

According to the Trinidad Guardian, Young said he had seen “the very emotional outburst,” and questions about what was being done to protect prisons officers in reference to the news conference held by the Prison Officers Association when they accused the State of not caring about them and signalling that many of them were ready to resign.

The Minister said he understood that emotions “ran high” on Wednesday after the “very tragic” murder of one of the officers’ colleagues who was killed, but he said the systems are running and will “be strengthened over time.”

Minibuses on the Green Hill/ Kingstown route go on strike