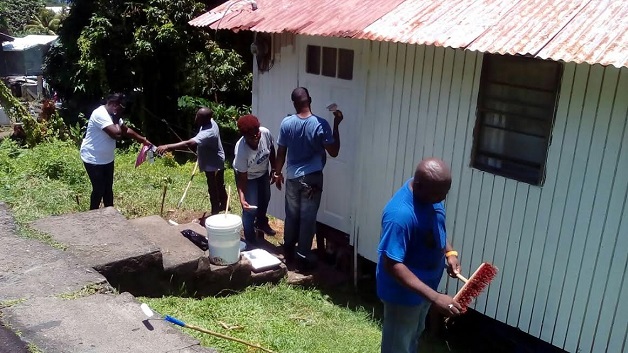 Fifteen members of the Royal St. Vincent and the Grenadines Police Force celebrated a milestone achievement on Tuesday, August 15, 2017, when they celebrated their 20th anniversary as members of the local constabulary.

To mark the anniversary the group conducted radio and television interviews, held a church service, staged a family day at Rawacou, assisted in painting the house of a needy person in Calliaqua and closed off with a social evening at Krusher’s Bar in Calder.

Members of the group shared the view that while they are happy to have accomplished the feat service to the people of St.Vincent and the Grenadines and making a difference in the lives of people who they serve have been their hallmark.

Over 50-thousand EC Dollars raised in Pledges during Sunday’s Radiothon in aid of Dominica...