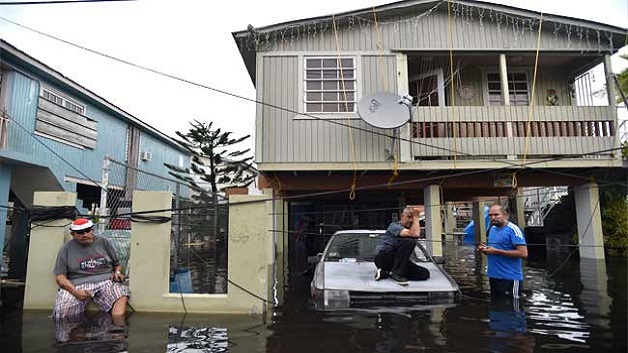 Puerto Rico was today battling dangerous flooding after Hurricane Maria ravaged the island, as the death toll there jumped to 13 and authorities rescued nearly 700 people from high waters.

Puerto Rico Governor Ricardo Rossello called Maria the most devastating storm in a century after it destroyed the US territory’s electricity and telecommunications infrastructure.

The National Hurricane Center said some areas in Puerto Rico could see 40 inches of rain from Maria, and Rossello warned of dangerous mudslides brought on by the deluge.

Maria was blamed for at least 33 deaths, including 15 in Dominica, three in Haiti and two in Guadeloupe.

After Hurricane Irma, Maria is the second major storm to hit the Caribbean this year.

Official ceremony to mark the start of drilling exercises for the National Geothermal Project...

Authorities in the US state of Michigan searching for answers after a taxi driver...